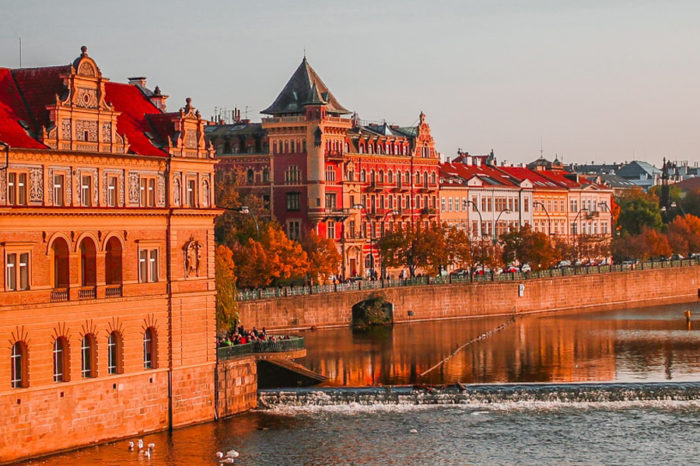 Highlights Experience the Czech Republic at its best - authentically connect with residents, discover off-the-beaten track originals at the same time you tour well-known sites. Travel to Narnia, enjoy a cocktail in an intimate absinthery, and …

The former Kingdom of Bohemia (now Czechia) is rich with history and scenery You’ll see twisting cobblestone streets, ancient castles, monasteries, chateaux, and the picturesque Vltava river which winds around the capital city, Prague. The country’s varied landscapes include lakes, […]

You’ll see twisting cobblestone streets, ancient castles, monasteries, chateaux, and the picturesque Vltava river which winds around the capital city, Prague. The country’s varied landscapes include lakes, rock formations and towering mountains, as well as part of the largest old-growth forest remaining in Central Europe. The country now known as Czechia or Czech Republic, has endured through monarchies, republics, and communist governments to become one of the gems of Central Europe.

Experience authentic Prague, the capital of the country

Enjoy Czech food and drink, including the world-famous Czech pilsners, along with some traditional Czech food, or indulge in one of the craft absinthe cocktails in one of Prague’s absintheries – we’ll lead you to the most interesting places!

Tour Czech charms outside of the capital

Rest and restore courtesy of the many thermal spas in the charming spa town, Karlovy Vary (also known as Carlsbad). Then explore Loket castle, stroll along the colonnades, and tour the historic churches.

Unleash your imagination in Českŷ Krumlov’s town center (one of Czechia’s many UNESCO World Heritage Sites), wandering its cobblestone streets and exploring the fairytale castle. This unusually well-preserved medieval city offers surprises and breathtaking vistas around every corner, providing great photo opportunities, as well as chances to connect with locals in an authentic way.

Whether your interest is cultural, artistic, historical, or natural, Czechia has it all. When we plan your trip, we connect you with guides who provide authentic experiences. Check out our sample itineraries for inspiration, then schedule an appointment and we’ll create your dream vacation.