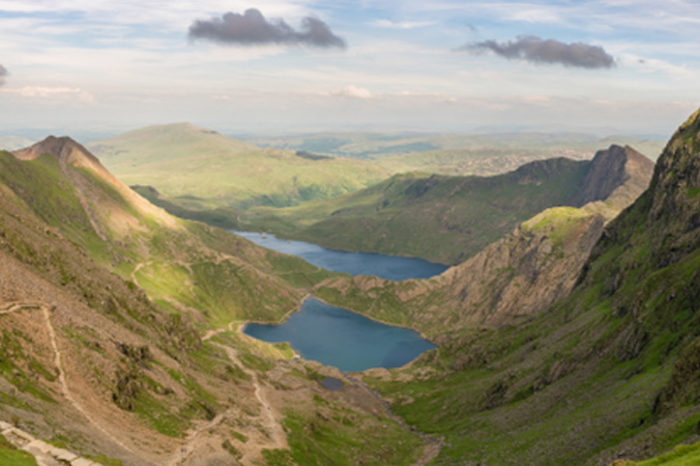 Highlights Take a drive around Wales and discover the finest places and experiences in this magnificent country. Starting in Manchester, England, you’ll journey from east to west, north to south, exploring castles, viewing remarkable engineering feats, … 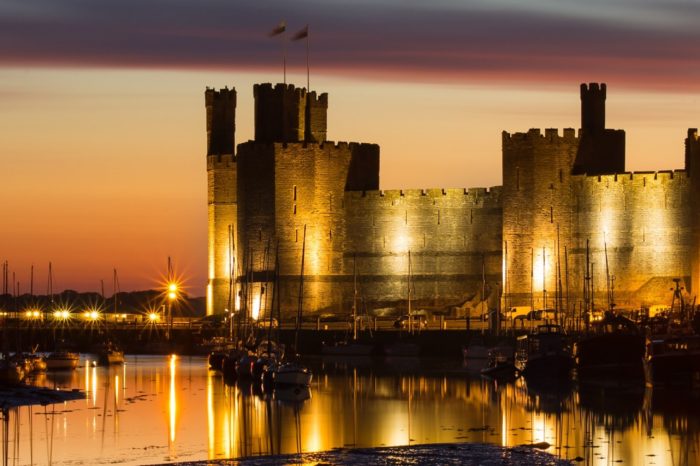 Highlights The Welsh and English have had an often-rocky relationship, starting with the Edwardian conquest of Wales in the 13th century. Journey around northern Wales and see traces of Roman occupation, castles built by Edward I, …

An undulating coastline, dramatic peaks, more castles per square mile than anywhere in Europe, pristine llyns (lakes), the original Brythonic Welsh language – musical indeed – await you in Wales, part of the UK. Though England’s king Edward I officially conquered Wales in the 13th century, the Welsh people are fiercely independent, and rightly proud of their rich heritage, history, and beautiful country.

Amble along the Wales Coast Path, enjoying the varied coastline and jumping dolphins – camping in the middle of a cliff on the Isle of Anglesey, if you wish. Climb one of the paths up Yr Wyddfa (Mount Snowdon) – the mountain Sir Edmund Hillary climbed to prepare for his historic Everest ascent. Mountain bike in Blaenau Ffestiniog, a former slate mining town, or challenge yourself with a combined zip-lining and rock-climbing experience at ZipWorld Caverns.

From mountains in the north to lush valleys in the south, the geography of Wales enchants, surprises, and challenges

With the varied and undulating coastline, Wales offers plenty of places for ocean-going adventures like sea kayaking and coasteering. If you prefer a slightly less edgy ocean adventure, rib rides (high speed small boat rides) are available in several locations around the coast.

Wales is also home to two Dark Skies Reserves – Snowdonia in the north and Brecon Beacons in the south, where you can stargaze to your heart’s content.

South Wales is well-known for coal mining, the Dark Skies Reserve of Brecon Beacons (great for stargazing or a lovely ramble or hike), glorious sandy beaches and cliffs on the Gower peninsula, the UK’s smallest city, St. Davids, and Cardiff, the vibrant capital of Wales. St. Davids, the historic home of the patron saint of Wales, is home to a beautiful cathedral, and the ruins of the Bishops Palace. In Cardiff, tour the exquisite Cardiff Castle, given to the city by the Marquess of Bute in 1947, but begun as a 3rd century Roman fort, then explore the National Museum’s art collections, as well as St. Fagans Museum of Welsh History.

North Wales is renowned for its mountains, pristine llyns, or lakes, many castles, including the UNESCO World Heritage Site of Conwy, Beaumaris, Caernarfon and Harlech castles, and Areas of Outstanding Natural Beauty, including the former center of Druid culture, the Isle of Anglesey. From the Roman withdrawal in 410CE until the English invasion in the 13th century, the area was known as the Kingdom of Gwynedd, one of the last Welsh/Brythonic strongholds. Evidence of this rich history can be seen at Prince Llewellyn’s Dolwyddelan castle ruins and St. Cwyfan’s Church on Anglesey.

Other unique experiences include roaming Portmeirion, an Italianate-style village where the 1960s show The Prisoner was filmed, and home of the famed Portmeirion pottery; enjoying a ride on a historic narrow-gauge steam railways; or meeting local artists – potters, weavers, spinners, photographers, mixed media – and learning about their inspiration.

Whether you’re interested in exploring natural Wales, historic Wales, or artistic Wales, with our depth of knowledge we can create a spectacular trip just for you. Check our Welsh itineraries for additional inspiration, then schedule a call to customize your trip today!

Sign up for email updates
© Copyright Dragon In Your Pocket Travel