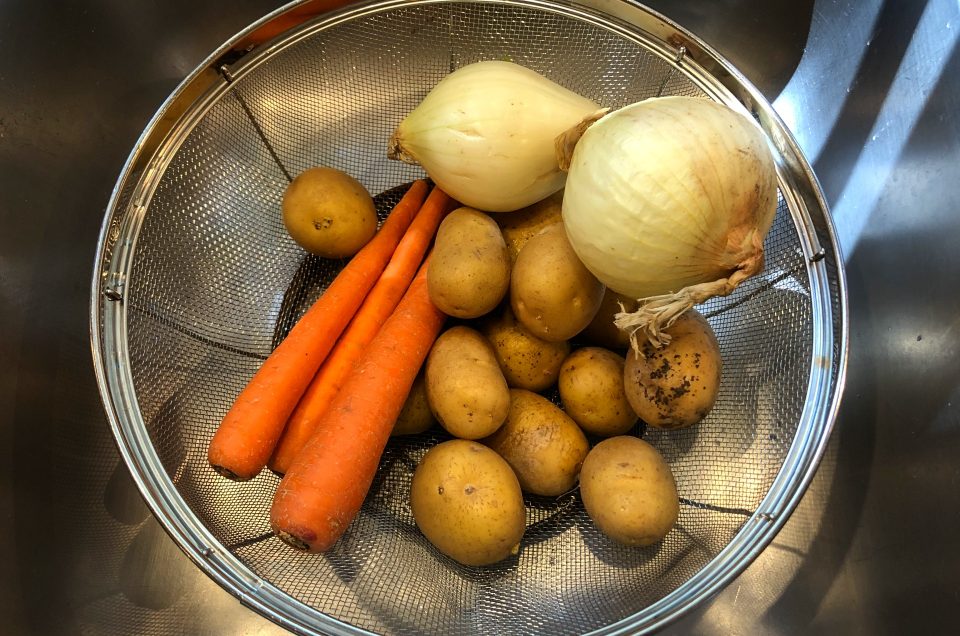 Scouse, Bubble and Squeak and Eton Mess, oh my!

English recipes don’t usually spring to mind when most people think of haute cuisine. But traditional English foods can warm your body and your soul. Here are some of our favorite English recipes along with a bit of backstory for some of them. Give these English recipes a try – and let them take you straight to a cozy pub in Chelsea in London, or perhaps to a cafe on the Royal Albert Dock in Liverpool. When you’re ready to travel to England, send us a message. We’re here to turn your travel dreams into reality!

An iconic English recipe, fish and chips are usually served with a side of mushy peas (or possibly garden peas), and in some areas, curry sauce. So how did Fish and Chips with a side of peas come about? Well, English people have long relied on the sea to provide fish, but the potato isn’t native to the British Isles. Potatoes came from the New World in the 17th century, though the French figured out to fry potatoes (hello, french fries!).

Both Lancashire (in the North) and London (in the South) claim the first Fish and Chip shop, but no one really knows. Generally, in the industrialized north, many people relied on chip shops for a meal. However, in London “fried fish warehouses” were mentioned by Charles Dickens in 1839 (in Oliver Twist). English people in both north and south quickly decided that they were two great tastes that tasted good together, and the fish and chips meal was born.

Add either garden peas or mushy peas, make sure to have your malt vinegar at the ready, and you’ll feel like you’re in an English pub.

Both Scouse and Lancashire Hotpot are delicious and filling traditional main courses from Northern England. Scouse, first called Lobscouse, is a simple but hearty stew of meat and root vegetables. The complete history is lost in the mists of time. However, Hanseatic League sailors made a sort of stew, ‘labskaus’, from salted beef and hardtack, or ship’s biscuits. Wherever it was first made, this general type of stew spread to ports all over northern Europe.

Scouse gained immense popularity in Liverpool – so much so that Liverpudlians are often referred to as Scousers, so many families relied on the dish. You can make Scouse with beef or lamb, or meatless. Vegetarian Scouse, or Blind Scouse, consists of all the veggies, none of the meat. No matter how you make it, pair it with warm crusty bread, and eat it with a smidge of pickled red cabbage or pickled beet thrown in.  Delicious, and undeniably English!

Lancashire Hotpot, similar to Scouse, emerged from the north England county (or shire) of the same name. Generally, people think that Lancastrian cotton workers would start the hotpot in the morning, and leave it to cook all day (sort of crockpot cooking before the advent of slow-cookers) while they were working. They came home to a thick and hearty meat-and-vegetable stew with a crispy potato topping.  Best served piping hot with a side or two of vegetables and some nice bread or rolls.

English sides frequently have the most interesting names. Frugal English cooks looking to repurpose leftovers – usually from Sunday roast – created Bubble and Squeak.  Originally, it included leftover meat and vegetables, but around World War II that changed.  With rationing making meat leftovers rare, this thrifty English recipe turned into a potato and vegetable dish. The name is from the noises that the mixture makes as it fries – very descriptive, huh?

I tend to make Bubble and Squeak with mashed potatoes and Brussels sprouts, carrots, cabbage, broccoli – any veg I need to use up. If the mixture is dry, I’ll add an egg to hold it together to make patties or to cover the entire skillet, and fry patties in butter or neutral oil until well-browned. Can’t get easier than that! And that feeling when you actually use your vegetable leftovers rather than toss them? Priceless.

Another fantastic and easy side, Northumberland Pan Haggerty consists of potatoes, onions, and cheese, preferably cooked then served in an iron skillet. The name came from the recipe’s home area (“Northumberland”, the serving dish (“Pan”), and the utensil used to prepare the ingredients (“Haggerty” from the French “hache”). In fact, Haggerty is from the same root word as Haggis and speaks to the strong French and Scottish influence on that very northern English area, home of Geordies. Give this recipe a try when you’re in need of comfort it’s true comfort food!

English recipes for dessert (pudding, in British English) are quite varied for such a small country, showing the reach of the former British empire. Two of our favorites are Eton Mess (from southern England) and Eccles cakes (from northern England). Eton Mess was created at Eton College and is a delicious and easy dessert. This dessert comprises meringue pieces, strawberries, and lightly whipped cream to make a summery, light-as-a-feather dish.

Eccles cakes take a bit more time but are a lovely flexible sweet – equally tasty for tea time or for dessert. James Birch from Eccles, Lancashire, first sold Eccles cakes commercially around 1793. The recipe was created much earlier, before the Puritanical 1600s, to celebrate Eccles Wakes, or festivals. The festivals celebrated the feast of St. Mary (and the building of the town’s church, coincidentally). It included dancing, food, and general merriment most of which didn’t sit well with the Puritans, who banned festivals and wakes for a time.

Thankfully, these festivals began again by the 1800s. Then in the late 1800s, the Home Secretary re-banned the wakes/festivals for excessive boisterousness by the late 1800s. The cakes stayed around, already pretty famous – famous enough to be mentioned in railway guides and the like. Now, Real Lancashire Eccles Cakes is the one company still producing the sweet.

Eccles cakes aren’t cakes – they’re actually pastries. Making the pastry can take quite a bit of time, but is certainly worth it. Traditionally the flaky pastry is filled with a spiced mixture of dried currants, coated with demerara sugar, baked, and ideally served warm. And if you want to reheat them? Be sure to use the oven, not the microwave. The pastry will remain flaky and deliciously melting. Serve them with tea, for a sweet breakfast treat, or dessert.

We hope you try these recipes and imagine yourself in England, whether the north or the south. Which English recipes do you enjoy? You may also enjoy visiting Ireland, Scotland, or Wales via food. You may also enjoy learning more about England. And when you’re ready to hit the road, contact us – we’ll craft a life-changing experience for you!! 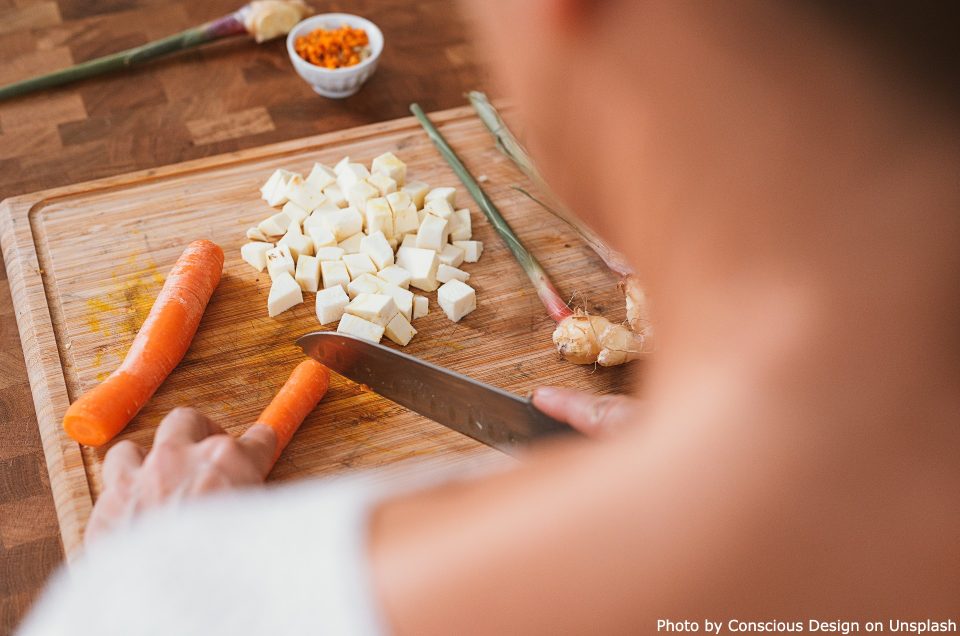 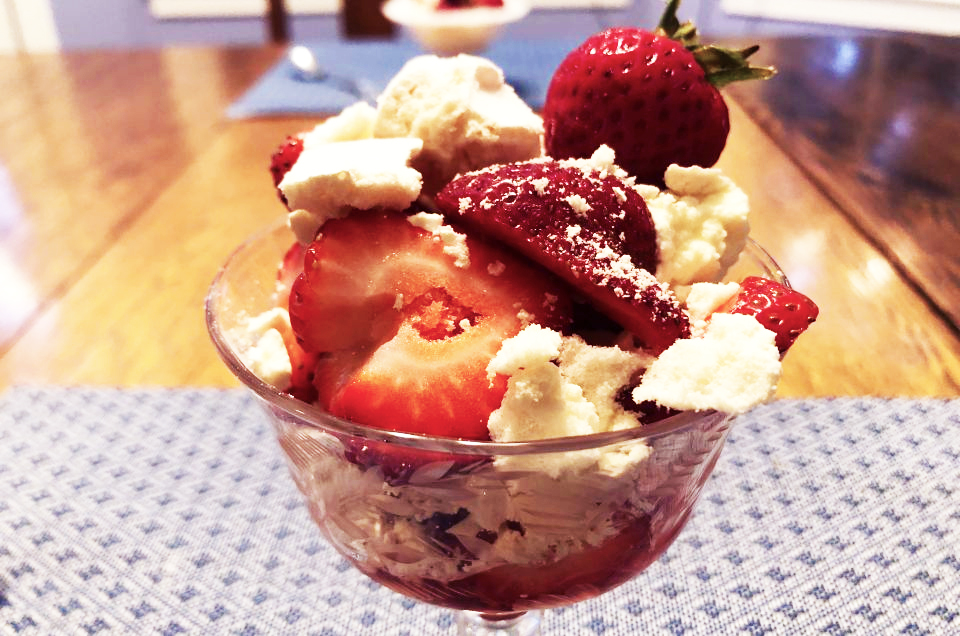 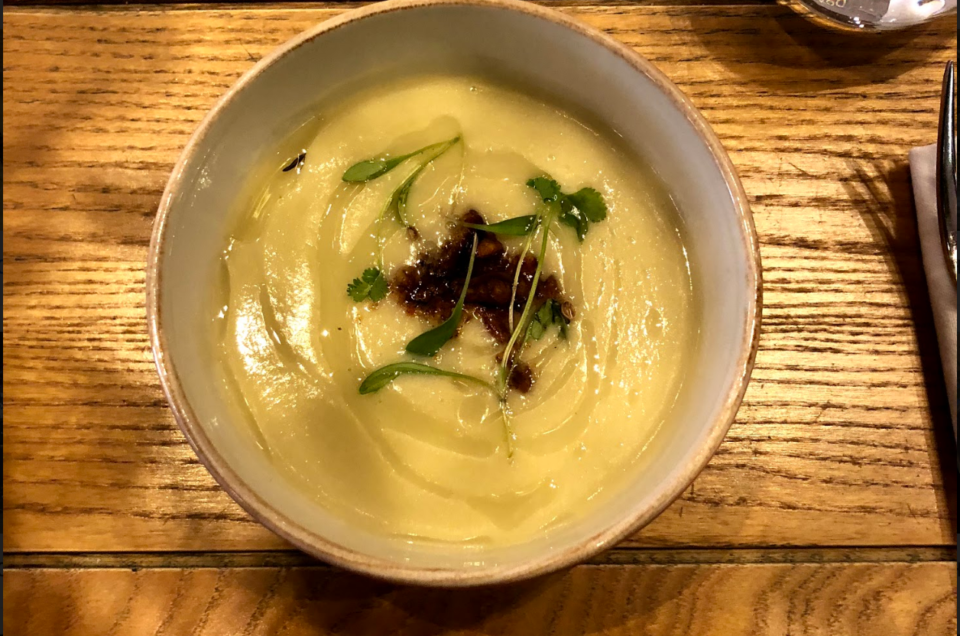 I do not even know how I ended up here, but I thought this post was great.
I don’t know who you are but definitely you are going
to a famous blogger if you aren’t already 😉 Cheers!