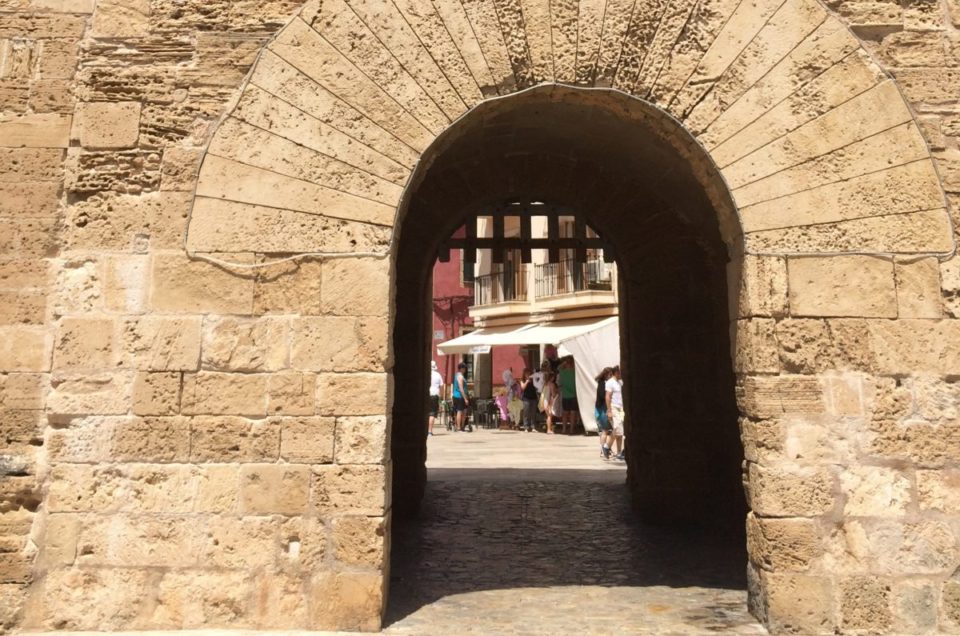 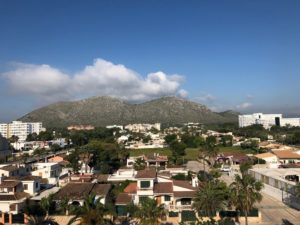 Alcúdia is a historic town on the northeast side of the island of Mallorca, about 160 miles west of the Spanish mainland in the Mediterranean. It’s known as a family-friendly spot, compared to some of the trendier beach club destinations on the opposite side of Mallorca.

The Roman consul Quintus Cecilius Metellus annexed Mallorca to the Roman Republic in 123 B.C. and founded the cities of Pollèntia (now Alcúdia) and Palma. The archaeological remains of Pollèntia, are still visible and worth a visit. Apparently, the Romans loved it here as much as I did and so they built stately houses, a theatre, shops, and baths! 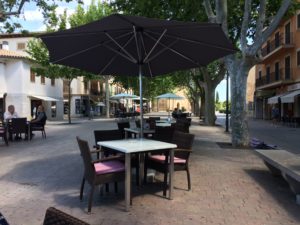 Later the Moors conquered Mallorca, and gave the town its current name, which means “the hill”. King James II of Aragon liberated Alcúdia from the Arabs in 1229 and brought it under Spanish rule, where it has remained. The town took St. James as its patron and began construction of the beautiful Cathedral of Sant Jaume (St. James), which is worth a visit to see its vaulted ceilings, stained glass windows, gold altar, and medieval wall paintings. 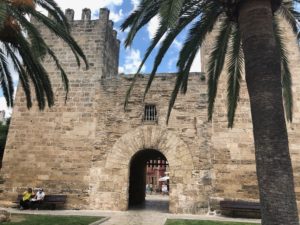 The hottest months are July and August when the temps average over 80 degrees F with lots of humidity. Best times to go are actually late Spring or Fall, for slightly cooler temps with a sea breeze, and significantly fewer tourists.

Things to See and Do

There’s an airport in Palma, with flights to and from most major cities in Europe. To get to Alcúdia from the airport, (approximately 40 minutes drive time), you can take a taxi, ride a bus, or hire a car.

Thinking of exploring Alcúdia? Dragon in Your Pocket can help – with everything from guided trips to itinerary recommendations and bookings. Contact us today!