Ireland: Visit for the beauty, stay for the people 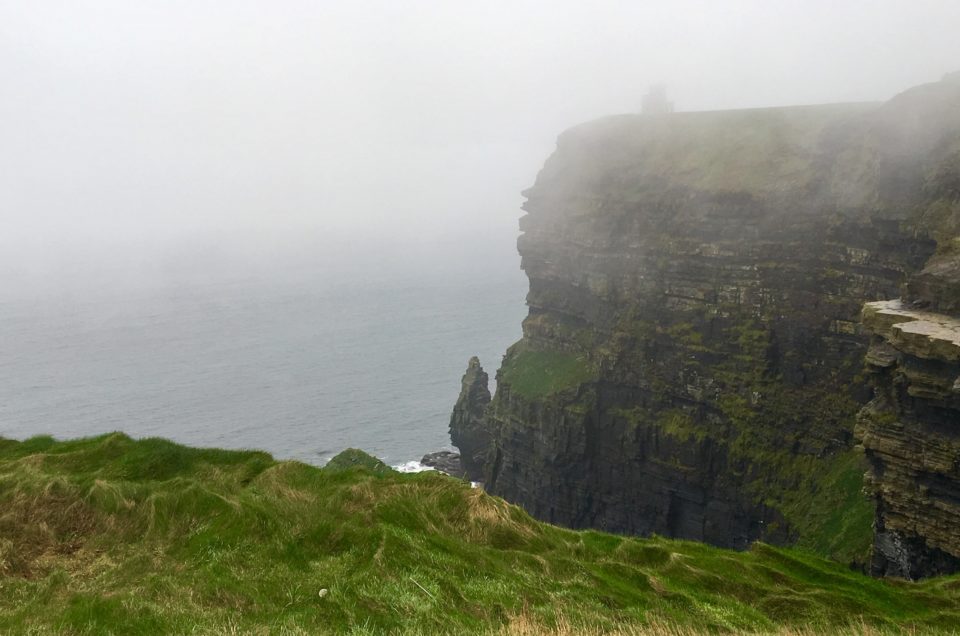 We just returned to the US from a week-long trip to the Republic of Ireland and Northern Ireland (yes, it’s easy to visit both in one visit – and you should – but more on that later) and already we’re planning to go back.

It seems like a cliché, but Ireland really is green

Very green. Dare I say lush and verdant? Yes. Even in Winter. It is a beautiful island with endless green meadows, castle ruins, soaring mountain peaks, otherworldly geological formations, rocky coastlines, quaint villages and a pub with a pint of Guinness waiting just for you around every corner.

Without question, the food in pubs and restaurants – in both urban and rural areas – was outstanding. Ireland has embraced the farm-to-table, “locavore” movement enthusiastically. My daughters and I are vegetarians, and we found fresh, creative menu options everywhere we went, as well as traditional Irish treats that just happen to be vegetarian – think colcannon, boxty, soda bread and hearty brown breads. Others in our group happily feasted on the Full Irish Breakfast (eggs, sausages, beans, chips (known as French fries in the US), and roasted tomatoes), Irish Stew, bacon and cabbage, and Carvery dinners.

North, south, east, west – there’s something to see in every corner of Ireland

There are two separate countries on the island known as Ireland: the largest part is the independent Republic of Ireland, and a 6-county area in the northeast is Northern Ireland, part of the U.K. We have ancestors from, and friends in, both countries, and both are worth a visit! Fortunately, that’s easy to accomplish from almost anywhere you pick as a starting point or base. Our base was Dublin in the Irish Republic, and on the day we chose to visit Northern Ireland, we drove an easy 2 hours to Belfast, and then took a leisurely private car tour of Northern Ireland’s spectacular Antrim Coast and Giant’s Causeway from there, returning to Dublin by 7pm that night (in time for a pint at one of Dublin’s famous pubs!). The border between Ireland and Northern Ireland is seamless, if not nonexistent – there is no stop nor transition as you drive the scenic and pleasant M1 motorway between Dublin and Belfast. This is all thanks to the 1998 Good Friday Agreement, which ended decades of strife, and is still spoken about reverently by the good people of both countries.

A nation of storytellers

Speaking of good people, Ireland has some of the most charming, chatty and kindest people you’ll ever meet. Especially the cabdrivers and bartenders. And you should avail yourself of both.

They don’t use Uber in Dublin so download an app called MyTaxi and in minutes, you’ll get a cabdriver who not only knows his way around Dublin’s ancient streets, but will provide you with recommendations for the best pubs and trad(itional) music sessions, as well as regale you with Irish history and politics if you so choose. Taxi drivers in Dublin are a league apart. I highly recommend taking at least a couple of cab rides during your visit.

We also hired a driver in Northern Ireland for one day so that the teens on the trip could get the inside scoop on film locations for Game of Thrones, the hit HBO mediaeval / fantasy series, which uses locations all over Northern Ireland. David, from Belfast Attractions, was a charming and knowledgeable storyteller, who’s also a driver for the cast when they’re filming. Not only did David take us to stunning spots along the Antrim Coast Road which skirts the Irish Sea, like Carnlough, Cushendun Caves, the Glens of Antrim, and Carrick-a-Rede Rope Bridge, but he entertained us with real-life stories of GoT stars like Sophie Turner, Kit Harington, and Peter Dinklage!

Whether you’re asking questions on the street, interacting in shops and museums, or chatting in the bars, the people of Ireland are always hospitable and personable. They seem to have an infectious charisma that just makes you happy!

(And if you are from Boston, even better, as Bostonians are loved all over Ireland; most likely due to the large number of people with family on both sides of the Atlantic.)

The majestic West Coast of Ireland, including the Cliffs of Moher, deserves a visit

Not to be missed is at least some part of the west coast of Ireland – known as the Wild Atlantic Way, chock full of soaring cliffs and headlands, quaint towns, castle ruins, hidden beaches, and accessible hiking trails. We did only a portion of the coast in County Galway and Clare in a day trip from Dublin (2 hours drive each way). The day was misty and wet, but that only added a mystical layer to the area’s iconic appearance.

We trekked The Burren – a rugged, geological karst landscape of pale grey stone ribboned with crags and crevices. We walked the Cliffs of Moher in Liscannor, which rise 700 feet about the churning Atlantic Ocean below. Nothing quite beats the wind-whipped trek across the clifftop, with a view toward the Aran Islands, and the headlands peaking slightly upwards like the crests of the waves that roll endlessly below.

On this trip to the west coast, we also explored Dunguaire Castle in Kinvara, and Bunratty Castle near Shannon – both massive stone keeps build in the Middle Ages.

The magic of Old Dublin

Back in Dublin, we visited the Book of Kells housed in the Long Room of the Library at Trinity College – the famous 8th-century beautifully-illustrated sacred manuscript – a long-held bucket list item for this history nerd. We also trooped through Dublinia – an experiential museum focusing on Dublin’s Viking and Medieval history. That’s right – the Vikings founded Dublin, then known as Dubhlinn (or Black Pool) in 841 A.D., and ruled for almost three centuries, before being defeated in 1014 by the great Irish High King Brian Boru in the Battle of Clontarf. The museum itself sits on the site of the original Viking settlement on the Liffey River – worth a trip if you’re a history fan.

A few words about driving in Ireland

We rented a car in Dublin City Center for a few of the days we were there, with an easy return at Dublin Airport. It made more sense for our group to do this. However, if you don’t want to rent a car, you don’t need to! Public transportation is easy and convenient in Dublin, as is walking. To get out to the countryside, there are plenty of tour buses, and trains run between Dublin and Belfast. If you do rent a car, rent the smallest car possible for your group, as the roads can be very narrow. And rent an automatic as it doesn’t make sense to be driving a stick while trying to learn to drive on the opposite side of the road. As for the right-side driving issue, just take it slow, follow signs, and be ok with people honking at you. Once out in the country, there are fewer fellow drivers, so it’s a bit easier. We took all possible insurance on the car, just to be sure, but had no problems. Even with the extra insurance, the rental price (we used Enterprise) did not seem to be significantly more than the cost to rent a car in the Boston area, where we are from. Petrol, however, is more expensive than in the U.S. so be prepared.

All in all, make sure to put Ireland on your bucket list if you haven’t visited this delightful country. You’ll be captivated by its natural beauty, fascinating history, and wonderful people.

Contact Dragon in Your Pocket and we can put an itinerary together for you, book your tickets, or guide you on a private or small group tour of Ireland.

Carla Gates, the author of this post, runs Yellow House Creative and does the marketing and website for Dragon in Your Pocket. 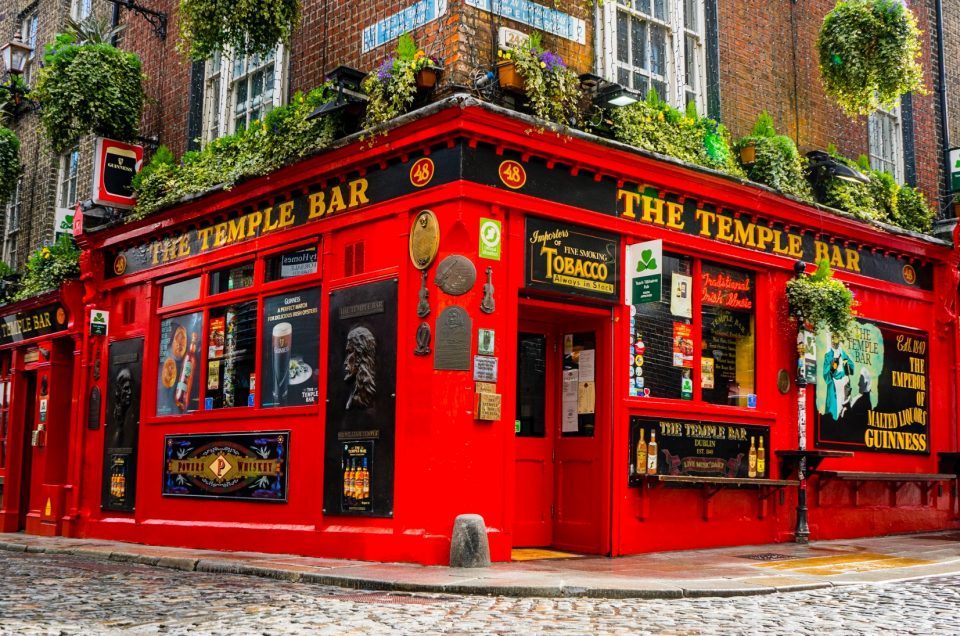 © Copyright Dragon In Your Pocket Travel

Ireland: Visit for the beauty, stay for the people