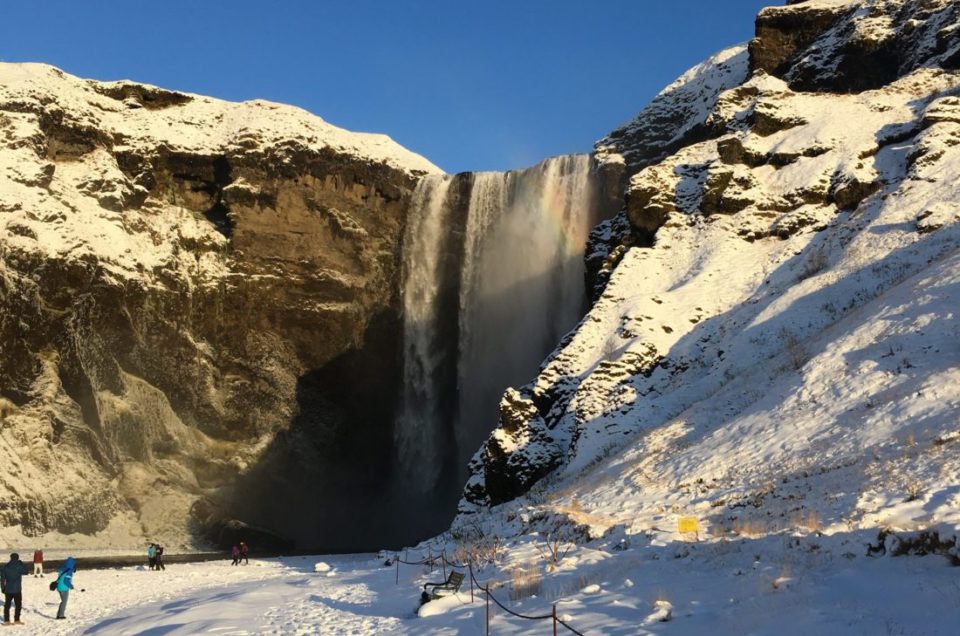 Outdoor adventure, from low-impact to high challenge, abounds in Iceland. We toured Iceland in the month of November, so snow and chilly days were the norm. Here are our favorites:

Lava Tube/Tunnel Hike: The Raufarhólshellir, one of the longest and best-known lava tubes in Iceland, is about a 30 minute drive from Reykjavik, and can be accessed via a tour with one of the staff geologists. The Leitahraun volcanic eruption created this tunnel about 5200 years ago, and the layers of multicolored minerals are astoundingly beautiful, as are the stalactites, some of which are over a foot long. The hike is about 2 km, and does require enough nimbleness to walk on icy, uneven surfaces (don’t worry, though, you receive crampons, special spikes to help you walk on ice, as well as a hard hat with a headlamp.)

Glacier Walk on Solheimajokull: Solheimajokull is between two volcanoes, Katla and Eijafjallajökkull, and a hike to and on it can range from easy to challenging (in a wind and snowstorm, for example). Proper kit includes helmet, ice axe, crampons (spikes that attach to the bottom of your hiking boots), and plenty of layers. The guides explain the geology and history of the ice cap this glacier is part of as your hike progresses. If you’re lucky, you are rewarded with stunning views all around! All guides must be certified, but different adventure tours work in unique ways that appeal to different types of travelers.

Black Sand Beach: Reynisfjara and the adjacent Reynisdrangar cliffs and basalt columns are a truly stunning area. Iceland has 5 black sand beaches, but this one, on the south side of the island, is easy to reach from Reykjavik, and has the truly spectacular basalt columns, as well as some wild waves and rough weather. According to local Icelandic folklore, the large basalt columns were once trolls trying to pull ships from the ocean to shore. One night, the trolls went out too late in the night and when dawn broke on the horizon, the trolls turned into solid stone. The Black Sands Beach area was featured in Season 7 of the HBO Series Game of Thrones; you can spot them in a few scenes shot ‘North of the Wall’.

Gullfoss, Seljalandsfoss & Skógafoss waterfalls: Foss is the Icelandic word for waterfall. And boy, does Iceland boast quite a few dramatic waterfalls!! Some of our favorites include these three waterfalls, all found in the southern part of Iceland. If waterfalls are a priority, you can see all three in one day, driving independently.

Þingvellir National Park/Alþingi/Continental Collision: The first national park in Iceland, Þingvellir (pronounce the first letter like “th”) is a place of historical, cultural, and geological significance. Iceland’s modern government was created back in the 9th century at the Alþingi (or ‘Althing’ if you’ve ever watched the original HISTORY series, Vikings) also known as the national parliament, with chieftains coming to make new laws as representatives of their local villages and clans. This is also a UNESCO World Heritage site. In addition, this national park is the site of a geological wonder: the Mid-Atlantic Rift – where the North American tectonic plate meets the Eurasian plate.

Northern Lights Search:  Yes, you can see the northern lights (aurora borealis) in Iceland from September through March or April. No, you won’t always see them – the timing and conditions have to be just right. Cameras with long exposures capture the brilliant color best, so learn how to take low-light photos and make certain you have equipment to get the images you want. Be sure to wear extra-warm layers and carry some chemical hot hands – it’s even chillier when the sun goes down this time of year. And if you don’t manage to get images of the northern lights on your outdoor adventure, you will still see more stars than you’ve ever seen. The night sky is breathtaking.

Geysir and the Haukadalur Geothermal Valley (Strokkur) area: Did you know that geysir is from Icelandic, and the original geysir is named “Geysir”? That original geysir is mostly dormant now, but the geothermal valley it sits in is quite active. The valley, on the Golden Circle route, comprises more than 40 additional hot springs, geysirs, mudpots, and fumaroles. Geysir holds the record for highest known blast worldwide, at 400 ft/122 m in 2000. Strokkur is the main attraction these days, erupting reliably every 5-10 minutes, radiating welcome warmth to bystanders as it puts on a show for your outdoor adventure. And it’s been going on for hundreds of years – around 1294, geothermal springs began erupting in the Haukadalur geothermal area after earthquakes, according to written sources.  Nearly every earthquake experienced in Iceland triggers more geothermal activity, all a function of Iceland sitting at the crux of the Eurasian and North American tectonic plates.

All of these experiences can be booked with multiple vendors – we can cherry pick the vendor best suited to your needs and interests – contact us today, and we’ll #makeyourtraveldreamscometrue! 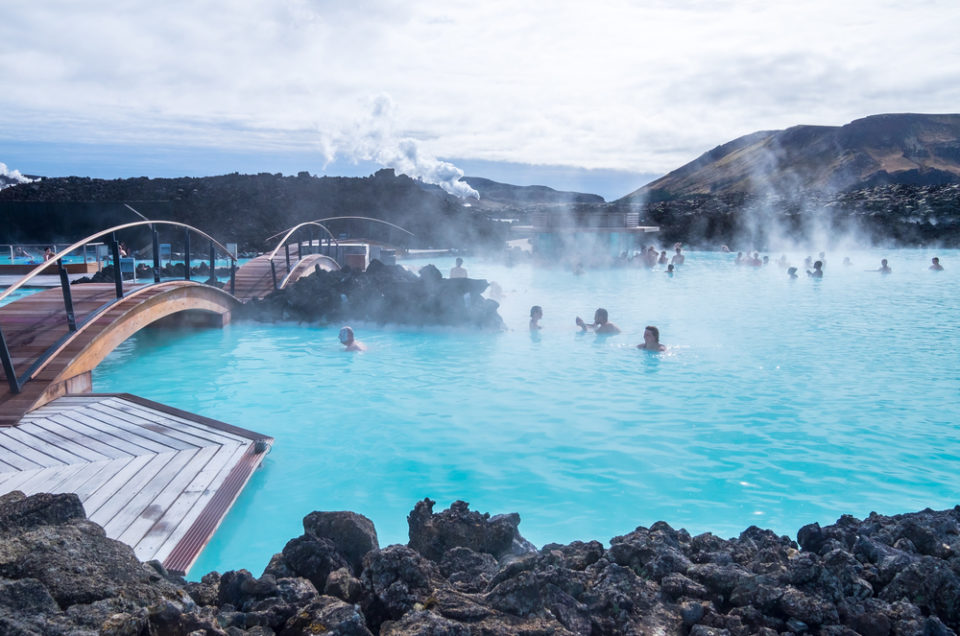